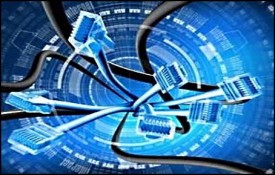 ISP throttling is where your Internet Service Provider (ISP) uses bandwidth throttling to help reduce a user’s usage of bandwidth that is supplied to the local network. It’s a reactive measure employed in communication networks to regulate network traffic and minimize bandwidth congestion.

ISP Throttling can be used to actively limit a user’s upload and download rates on programs such as BitTorrent protocols and other file sharing applications, as well as even out the usage of the total bandwidth supplied across all users on the network.

Basically they limit (or throttle) the rate at which their servers accept and process cetain types of data. Those that could have their bandwidth throttled are typically someone who is constantly downloading and uploading torrents, or someone that just watches a lot of online videos.

When an ISP detects and deliberately slows down bittorrent traffic on your connection, the most comment ways to combat it is using random port settings in the bittorent client. Also port forwarding to a static random high port, so using something random and high above 40K like 58476 can help…(default ports for bittorrent are usually 6881-6999).

Then there’s SSH tunnelling. With SSH tunnelling through to a remote server or computer, the downsides are not everyone has access to that and it may end up coming out the other end at a location that throttles traffic too, and also lack of anonymity might be an issue if the connection on the other end is linked to them in some way or they own it.

Of course a VPN is usually the best way for obvious reasons. A virtual private network (VPN) will mask all your traffic in and out preventing your ISP from identifying the type of traffic.

A virtual private network (VPN) will mask all your traffic in and out preventing your ISP from identifying the type of traffic as they provide encryption so the ISP can’t tell what you’re doing at all.